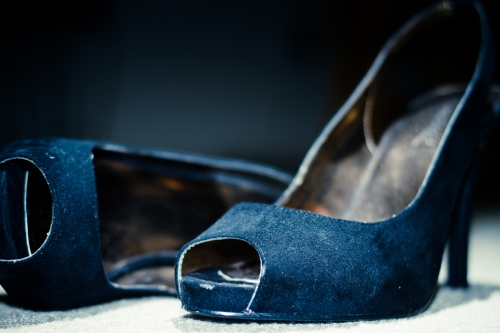 I often hear fashion conscious women talk about “versatility.” I’m far from a fashionista, but I figure they’re referring to clothing and footwear that can serve more than one purpose; like something you could wear to work and to a party. I found a great example of this concept in a Georgia woman who wore a pair of her best heels to an ultra-fancy Waffle House breakfast on Valentine’s morning. Upon entering the restaurant, the woman noticed her ex-boyfriend enjoying a meal with his new lady. Consumed by a jealous rage, the woman attacked her ex, beating him in the head with the heel of her shoe. Luckily, the guy escaped with his life. And the femme fatale, she was charged with battery and criminal damage to private property. I don’t condone the woman’s actions by any means, but if you’re going to make a fool of yourself in front of a crowd, you might as well look good doing it. Who knew high heels were so versatile?